It was the evening of a very rainy day. Heavy clouds, left behind from the day’s rains, clustered around the Empire State building, glowed with and reflected the light from it onto the river below — water and sky resplendent in an ethereal milky white light.

All from the absorbed and reflected glory of a single brightly lit building. 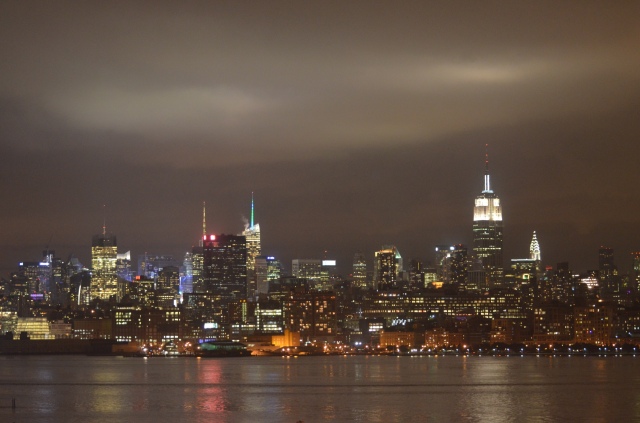 I had been in team sessions all week and had been reflecting about the fabric of a team.

Teams cluster around “well lit” up leaders too, don’t they? The culture and behaviors they exhibit, the absorbed and reflected glow of the light from the leader.

The beauty of the picture all about the light…

The hero is one who kindles a great light in the world, who sets up blazing torches in the dark streets of life for men to see by – Felix Adler

Like Loading...
This entry was posted in Uncategorized and tagged a leader's light, culture, reflection, the fabric of teams. Bookmark the permalink.